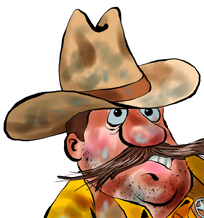 Sugaropolis awarded “Book of the Year!”

We were very excited to have been informed that the 2014 Creative Child Magazine Awards Program, consisting of moms and educators, has awarded Deputy Dorkface; How Sugaropolis Got Dessert Back , 2014 BOOK OF THE YEAR Yummmmeeeeeeeee!

Deputy Dorkface goes to the “E.R.”

June 28,2014…On the floor of the American Library Association’s annual conference, a few minutes with Eriq La Salle, one of the stars of the NBC drama (E.R.) which lasted 15 years on Thursday nights. Mr. La Salle’s books possess a … Continue reading →

Picture Book of the Year!

Dianna Fuchs, Executive Director of Children’s Literary Classics, presents Kevin Janison with the Gold Award, honoring “How Mannerland Got Its Manners Back” as their 2013 picture book of the year. The event took place during the Printers Row Lit Fest … Continue reading →

Deputy Dorkface and Kevin Janison visited schools in Charlotte, NC from March 10-12 and received some true southern hospitality! The energy and enthusiasm was infectious. The students had become quite familiar with the author and books, and the presentations were … Continue reading →

“I’ve been absolutely blown away by the reaction to our latest Deputy Dorkface book,” said author Kevin Janison. “We’ve been touring schools the last couple of weeks, and the response has been so flattering!” Children’s Literary Classics submitted this review: … Continue reading →

Bakersfield students’ have been deputized by the hundreds! Rosedale North Elementary School’s law enforcement has runneth over… and there’s cake too! Thanks for the warmth and hospitality from all of the schools who made the presentations so much fun for … Continue reading →

Kevin was honored to be the moderator for Jeff Kinney’s Diary of a Wimpy Kid Book 8, Hard Luck, International kick-off at the Vegas Valley Book Festival.  The morning began with a presentation of Deputy Dorkface (Sugaropolis), followed by a … Continue reading →

Deputy Dorkface honored with two awards on one day!!

October 15th, what a day for the Deputy!  In the morning, news came down that Mannerland was named as the sole Gold Award Recipient in the General – Early Reader Category for 2013!  Included in the notice:  “Entries were received … Continue reading →

It was a humble honor for Kevin to emcee the annual Spread the Word Nevada gala Saturday night, September 28th. If you’re not familiar with Spread the Word, they work tirelessly on literacy efforts, and so far have donated more … Continue reading →